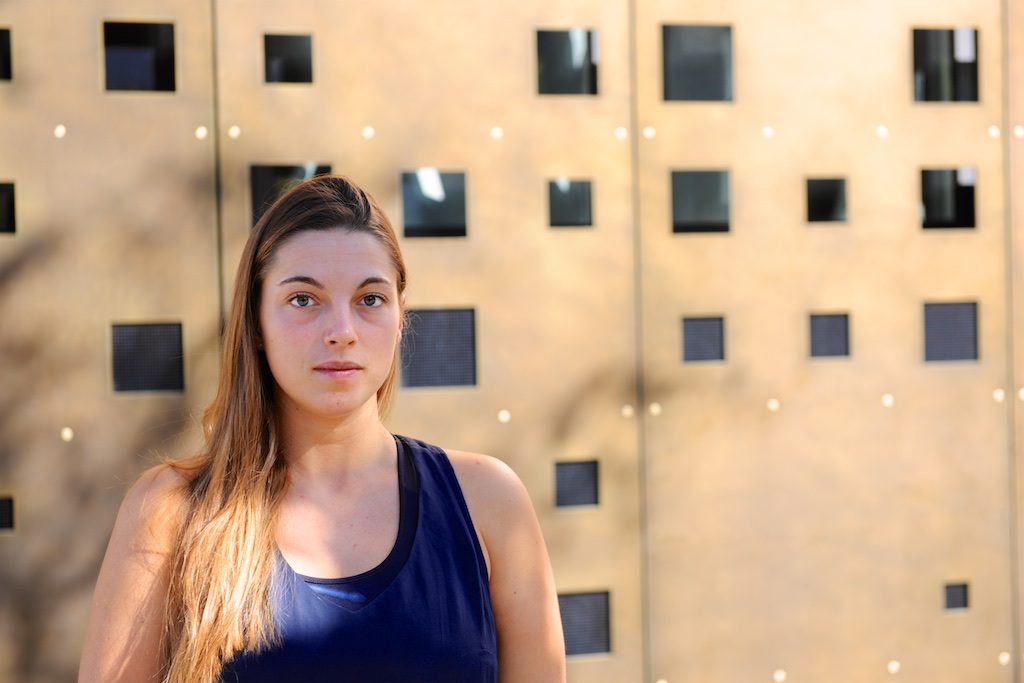 Already early in her life Stella discovered her love for the circus and when she was nine years old she started training in a youth circus (Circus Projekt Waldoni) in Germany.
Next to trying out and training many circus disciplines Stella started to be very interested in acrobatics and later on even more in handbalancing.
After finishing her highschool diploma and not being quite sure about what to do she decided to do auditions for circus schools to follow her passion.
In 2015 Stella started her education to become a circus artist at the Academy for Circus and Performance Art in Tilburg, Netherlands. She will graduate in summer 2019, specialized in handbalancing.
Within her education Stella has had the opportunity to try out different styles in her projects in school and she has worked on solo as well as group performances.
Next to her classes in handstand, she had classes in dance, theater and acrobatics as well. In her performances you can see her creating a vivid mixture of handbalancing, acrobatic and dance movements.
Download full CV